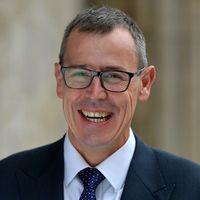 Insurers are of course, in a unique position to manage societal change because they underwrite trillions of dollars in climate related liabilities, whilst simultaneously holding an influential box seat in the process by which institutional investments are selected, governed and managed. Whilst the potential liabilities arising for insurers from coastal damage or weather pattern change are hard to fathom but easy to imagine, their role in addressing the issue has until recently been on the periphery of the debate.  This seems to be changing, as demonstrated by a flurry of recent industry announcements.

Since the foundation of the United Nations-led Net-Zero Asset Owner Alliance in October last year, the founding members from the insurance industry which included Swiss Re, Allianz, Nordea, Storebrand and Munich Re have been joined by Generali, Aviva, Pension Insurance Corporation and Ping An among others.  Each has committed to restructuring its asset portfolio to achieve net zero greenhouse emissions by 2050. On the investment side of the balance sheet, much is at stake and not least of all for life companies which are home to their own captive asset managers. Many of these are coming under increasing pressure to demonstrate affirmative action on the issue by pension fund clients, whose own ESG requirements are becoming increasingly prescriptive in this area.  The prospect of holding trillions of dollars in 'stranded' assets, as the coal, oil and gas sectors slowly decapitalise is surely focusing the minds of many Real Money CIO's.

In underwriting, the ways in which insurers can influence corporate behaviour by a mixture of exclusion, pricing or partnerships are too numerous to mention.  Swiss Re, as a case in point, has decided to split its client book to completely exclude coverage of the most carbon-intensive industry names, whilst offering the remainder beneficial terms - provided they can demonstrate a commitment to transition their businesses away from carbon.  In the field of data and analytics, insurers are increasingly studying a correlation between corporates which have failed to make steps to decrease their emissions, with the likelihood of finding other embedded risks in their other business activities.  Trends are emerging which will surely translate into underwriting quotations.

In June 2020 the consultant Lane Clark & Peacock found that the number of insurers which had cited Climate Change as a key risk in their Solvency 2 Disclosure Reports (which cite unanticipated risks for which no reinsurance or other protection is in place) had risen from 18% to 46% in the space of a year.

In January this year the US composite Hartford announced heavy restrictions on its coverage of coal-related enterprises and in particular tar sands energy production.  It was the eighteenth global firm to announce similar restrictions within a two-year time frame, which has accelerated in recent months.  In February, ratings firm Moodys indicated that, in its view, insurers and reinsurers which continued to cover carbon intensive activity could be exposing themselves to future legal action if, and when, a link between between carbon emissions and climate could change could be proven. Moodys went on to say that, in time, ratings could be affected by the Stranded Capital issue.  More recently, Australian firm Suncorp became the first global name to drop oil and gas coverage completely.

Even more evidence of change is taking place on the asset side of the industry.  Speaking at the end of 2019, Legal & General CEO Nigel Wilson highlighted both the obligation and the opportunity:

"We have a set of social and policy challenges which make the insurance sector more relevant, and more vital, in economic and social purpose terms, than ever before...To put global warming on a trajectory of less than two degrees centigrade requires net carbon emissions of zero and a $30trn investment by 2050.  If our sector can't play its part at this time, when interest rates are bobbling around zero, then history will judge us very badly".

L&G's proprietary investments unit now boasts a diversified wind and solar portfolio and has recently followed this up by taking a major stake in the UK ground source heating provider, Kensa.

Last week, Norway's Storebrand appears to have set the Climate Change investing benchmark higher still for insurers and their captive asset managers.  It announced an immediate exit from its holdings in Rio Tinto, Exxon Mobil, Chevron and any other business which had been involved in lobbying against the Paris Climate Agreement.  A further 27 businesses were excluded from investment due to their involvement in oil and gas production.  Storebrand went further, saying that in future all of its investing decisions would factor in a measure of accordance with the Paris agreement and that any company which generates more than 5% of its revenues form oil and gas would be excluded in future.

CEO Jan-Erik Sangstad took the opportunity of the announcement to remind us of the pivotal role which insurance investors can play in orchestrating change:

" As one of the Nordic region's largest asset managers, we are concerned about the effect of climate change on ecosystems, societies and economies...Fortunately, we also have significant influence, and as such, we can help accelerate decarbonisation in the global economy."

BCG's recent publication, Insurers Take Up The Climate Fight' is an holistic introduction to the changes underway...

Risk—identifying, modeling, and managing it—is at the core of the insurance industry. And today there is no greater long-term risk than that posed by climate change. It’s hardly surprising, then, that forward-looking insurers are taking the lead in pushing for climate progress. The industry is in a prime position to catalyze action through both insurer engagement with clients during the underwriting process and the manner in which insurers invest the trillions of dollars in their portfolios. Of course, any discussion of climate change and business has always included the insurance industry. Until recently, however, much of the conversation has focused on the impact of rising global temperatures on insurance risk. Some $12 trillion to $15 trillion in assets are projected to be at risk from coastal flooding alone, according to the CRO Forum. 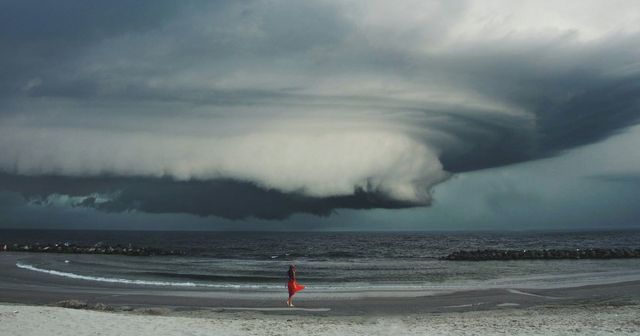 "For a Bond Manager, the hardest thing to do in Q2 was to hold your nerve"...
Mark Holbrook

Swiss Re pulls its IPO of ReAssure - but the Back-book industry remains in rude health...
Mark Holbrook
Recent posts from AMC Executive Search